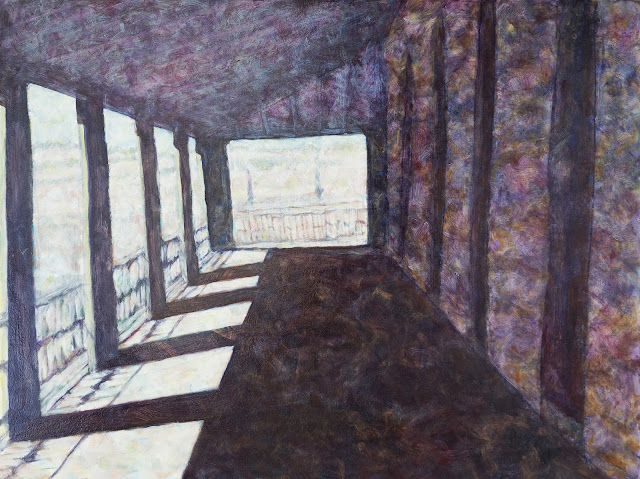 Posted by Michael Pospischil at 16:45 No comments:

Self Portrait with Chicken

Another work in my series of abstracts in which I was experimenting with eliminating skilled marks from my drawings. It began as a panel covered uniformly in charcoal, which I took to my neighbour’s and placed on the ground in their chook shed. A random erasure took place when seed was cast on the surface. The process took about ten minutes. 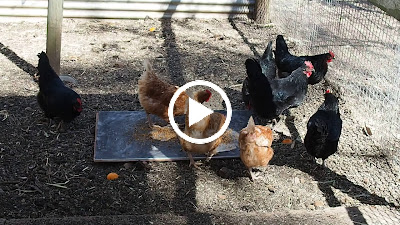 I spent the next six months working on the tonal balance of the drawing, while trying to avoid any new marks or erasures. Eventually some figuration suggested itself and I decided to go with it, something I’d avoided doing in the other drawings. It was then glazed in several layers over a week. 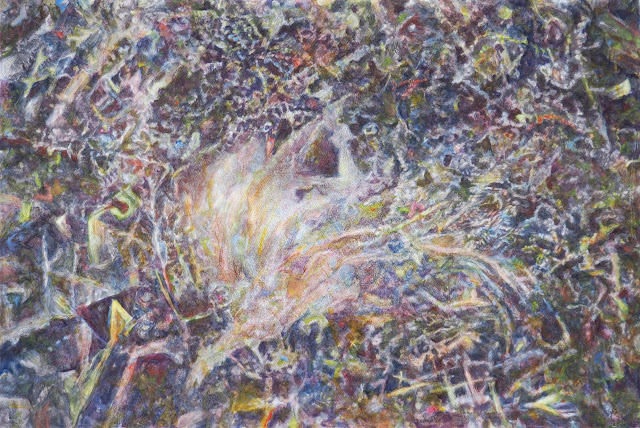 Two steps in the process, starting with the chicken’s contribution - 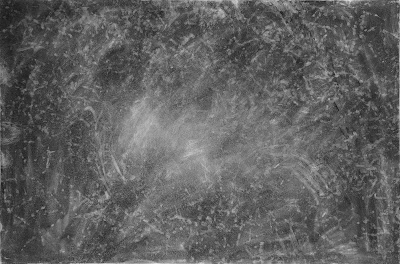 After six months of tentative drawing - 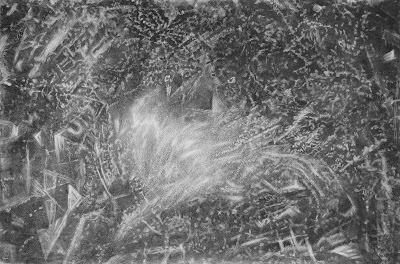 Posted by Michael Pospischil at 22:13 No comments:

Had a hot but rewarding day working with Warwick High students at Glengallan last Monday. 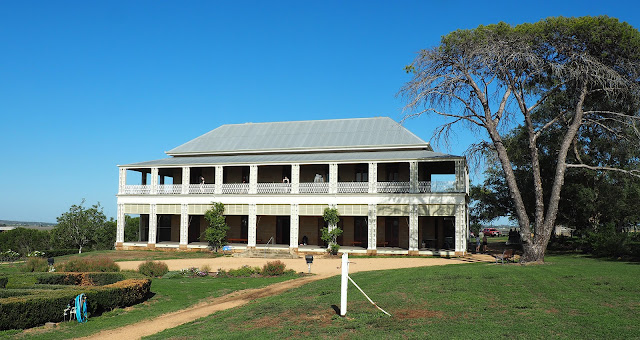 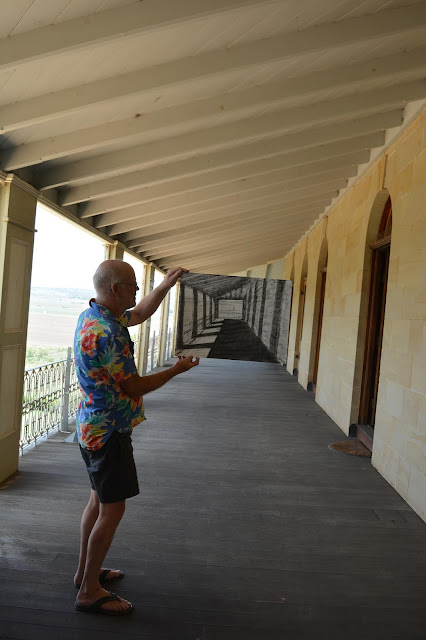 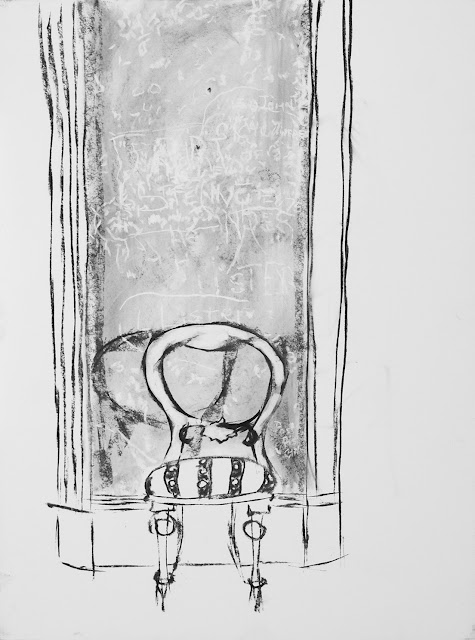 “Glengallan Victorian” 450x600
Posted by Michael Pospischil at 19:23 No comments:

Back to oil paint after a few year’s absence. This painting was made with fifteen layers of unmixed pigments (no blacks). The paint was applied blind, in an attempt to avoid conscious interference. It was then rubbed back with metho and touched up with ultramarine. It was an unruly child and didn’t go where expected and was so glossy I had to revert to extreme measures to get a photo. 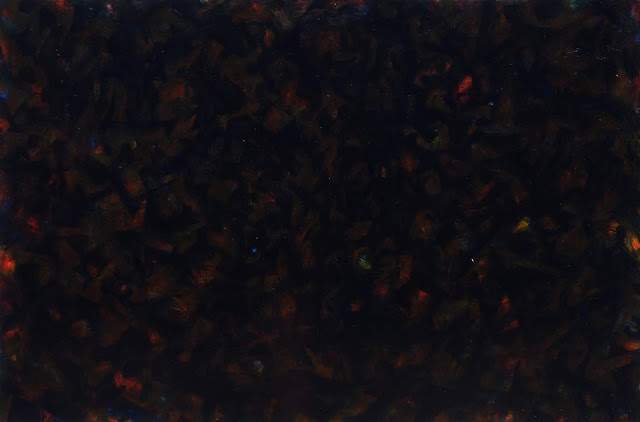